My last two Create52 posts have touched on the two poles of creativity -- in-the-moment improvisation, and dedicated editing and refining of a piece to make it the best it can be.

Sometimes there's a need for something in the middle. Restrictions of time, energy, materials, or whatever may force the creative effort to end at a point where it's just "good enough".

You may have a piece where you're not going for off-the-cuff improvisation, but you just don't get the opportunity to make all the changes and refinements you'd like -- you're finally forced to slap some duct tape around it and hit the road, hoping it all holds together.

This week, that's where I'm at.

But first, let me refresh you on what the whole point of this 'Create52' thing is: This is number eight of what I hope is a year-long series of 52 posts under my self-imposed 2105 blogging initiative -- to create something new and share it here on my blog each and every Monday.

If you'd like, you can get a little more background about my Create52 goal HERE, in my first Create52 post of 2015.

Now back to that thought of "good enough:"

Due to a hectic past few weeks, I have not be able to get as much creative work done as I would like.  I 've managed to do some editing of an earlier story in preparation of its submission, but little else. No time for messing around making music and not much time to do any new writing.

So this week, my Create52 is only a couple of things that, even combined, barely make it as "substantial" enough to meet my third Create52 guideline. And in both cases, I'd maybe prefer to edit them some more, but one has already been posted, and the other one I just haven't had the time to do.

Both will have to be good enough.


Good Enough #1: He Talks With His Hands


I've written 50-Word Stories for quite a while and really enjoy that format. You can look back through my older Create52 posts and also the "My Writing" tab to see some examples.

The other day, I happened to stumble on a similar but slightly larger format -- the 100-word story.  HERE's the website that I found (100wordstory.org). 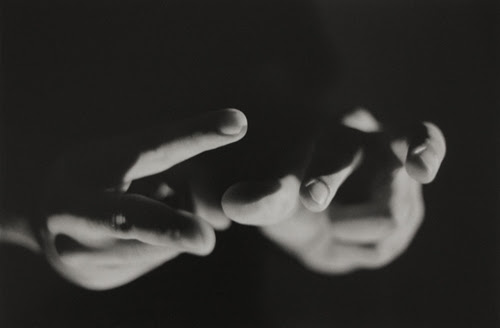 I haven't formally submitted anything to the site, but I did notice that in addition to accepting submissions, they also offer an open monthly photo prompt where you simply reply with a story in the comments.

So I gave it a try. The photo they had up for February is to the right, and I tried to create a 100-word story based on that image of hands.

Since those are a man's hands I ended up with a story from the female POV. I think it turned out OK, and I did actually take some time to edit and refine it, but in the end, I also wanted to get at least something 'completed' to share for my Create52 post.

So I called this story "good enough" and submitted it.  see what you think -- I call it "He Talks With His Hands:"

He talks with his hands.


He talks with his hands.

His expressive fingers dance in the air, accentuating each spoken syllable with frills of motion.

He’s done it as long as I’ve known him, from his waving gesture when he first approached me in the college library, to him wringing his hands this morning when he said we needed to talk.

His fluttering hands remind me of a baton-free musical maestro, bringing forth each note from a devoted orchestra, or perhaps a powerful wizard generating potent magic out of thin air.

But it doesn’t ease the pain of his underhanded betrayal.

But also speaking of 50-Word stories, I've been working on a couple of them lately, and want to submit one for February to Tim's FiftyWordStories site.

But while I have a few "finished," none of them strike me as quite "submittable" as they stand.  I still need to tweak and edit a bit to get them to that state.

So I'm offering one that is "good enough" -- again, mainly because I don't have any more time to improve it before sharing.  I call it "The Special Affair."


I struggle to fasten my pants. The suit fit perfectly at my wedding, but that was years ago.

I hope my date doesn't mind.

I peek into her room. Giggling, she rushes to me in a swirl of pink lace.

"I'm ready for the Daddy - Daughter dance," she squeals.


Well, there you go -- two Create52 offerings that aren't quite what I'd call "edited to perfection," but hopefully are still "good enough."

Do you think "good enough" is acceptable?  If deadlines or other reasons force you to reach a point where you simply can't edit any further, are you satisfied with "good enough," or do you choose to go for "not at all?"

Thank you so much for visiting! See you next Monday for another post in my Create52 series!